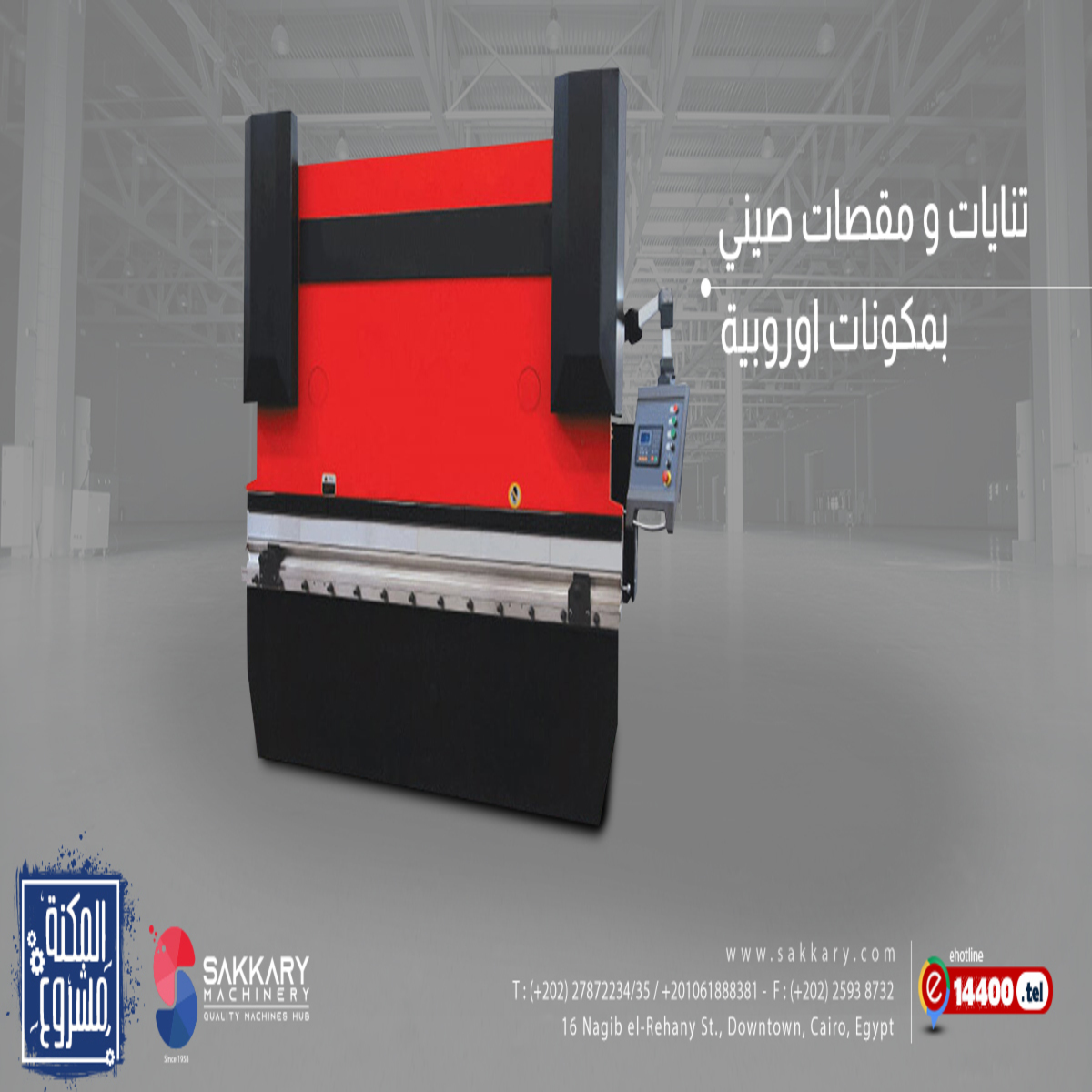 A press brake is a machine pressing tool for bending sheet and plate material, most commonly sheet metal.[1] It forms predetermined bends by clamping the workpiece between a matching punch and die.[2]

Typically, two C-frames form the sides of the press brake, connected to a table at the bottom and on a movable beam at the top. The bottom tool is mounted on the table, with the top tool mounted on the upper beam.[3]

A brake can be described by basic parameters, such as the force or tonnage and the working length.[1] Additional parameters include the stroke length, the distance between the frame uprights or side housings, distance to the back gauge, and work height. The upper beam usually operates at a speed ranging from 1 to 15 mm/s.[3]

There are several types of brakes as described by the means of applying force: mechanical, pneumatic, hydraulic, and servo-electric.

In a mechanical press, energy is added to a flywheel with an electric motor. A clutch engages the flywheel to power a crank mechanism that moves the ram vertically. Accuracy and speed are two advantages of the mechanical press.[4]

Hydraulic presses operate by means of two synchronized hydraulic cylinders on the C-frames moving the upper beam.[3][4] Servo-electric brakes use a servo-motor to drive a ballscrew or belt drive to exert tonnage on the ram.

Until the 1950s, mechanical brakes dominated the world market. The advent of better hydraulics and computer controls have led to hydraulic machines being the most popular.

Pneumatic and servo-electric machines are typically used in lower tonnage applications. Hydraulic brakes produce accurate high quality products, are reliable, use little energy and are safer because, unlike flywheel-driven presses, the motion of the ram can be easily stopped at any time in response to a safety device, e.g. a light curtain or other presence sensing device.

Recent improvements are mainly in the control and a device called a backgauge. A back gauge is a device that can be used to accurately position a piece of metal so that the brake puts the bend in the correct place. Furthermore, the back gauge can be programmed to move between bends to repeatedly make complex parts. Early brakes relied on the tooling to determine the bend angle of the bend. The animation to the right shows the operation of the back gauge, setting the distance from the edge of the material or previous bend to the center of the die.

Press brakes often include multi-axis computer-controlled back gauges. Optical sensors allow operators to make adjustments during the bending process. These sensors send real-time data about the bending angle in the bend cycle to machine controls that adjust process parameters.[3]

Press brakes can be used for many different forming jobs with the right die design. Types of dies include:[4]